Call of Duty: Mobile Season 4 Wild Dogs update – Everything you need to know

Call of Duty: Mobile is getting ready for its Season 4 update. Called, Wild Dogs, the new update will include new weapons, maps, and more. A key new addition that will come with the update includes the addition of a sandstorm to Battle Royale, which will bring its own set of challenges. The new season will be available on April 28 at 5:30 am IST. 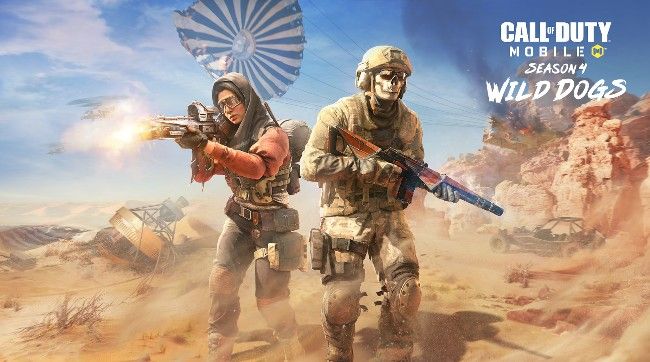 The Satellite map was first seen in Call of Duty: Black Ops Cold War. The new map is set in the Central African Desert of Angola and is set around a crashed American KH-9 satellite. The map will feature a wide-open area on one side and caverns on the other side. Players will have to be careful when traversing the map due to multiple vantage points all around.

This urban map was first seen in 2019’s Call of Duty: Modern Warfare and is set in an urban neighbourhood. It features multiple indoor locations, so players can expect lots of close-quarters battles. It will also feature multiple sightlines, which should entice snipers.

Ground War is a massive multiplayer mode that will be set in large maps such as Satellite and Aniya Incursion. It will feature vehicles from the Battle Royale mode such as motorcycles, ATVs, Antelopes as well as tanks. Players will be tasked with capturing six points on the map. The team that accumulates 300 points will win. If a team captures all six points, that team will immediately win.

This season will see sandstorms being added to the Battle Royale map. These will happen on sections of the map and will appear as a sand wall on the horizon. Players who venture into the sandstorms will discover greater chances of special items such as thermal sights and high-tier loot. However, these players will also need to be wary of dust devils that will knock players who get too close. Players might also encounter Turbulence Generators, a throwable that can create a stream of turbulent wind.