Firewalla launches the Gold Plus, a new 2.5 gigabit firewall – TechCrunch 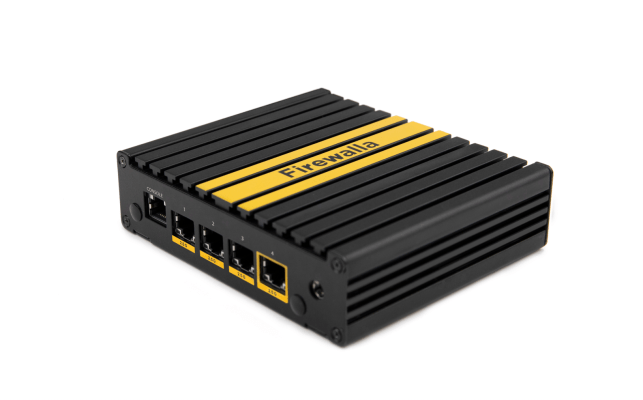 Firewalla, maybe the only company that can say that its hardware firewalls have something of a cult following, today announced the latest addition to its portfolio: the $569 Firewalla Gold Plus. The Gold Plus will feature four 2.5 gigabit Ethernet interfaces and its deep packet inspection hardware can handle up to 5 gigabits at a time.

With this addition, Firewalla now offers a full set of products, from the 100 Mbit Red (which is probably too slow for most users at this point) to the $329 Purple, with up to a gigabit of inspection bandwidth — and a few other variants in between and now the Gold Plus at the top end of the line. The regular Firewalla Gold will set you back $485 during the pre-buy phase, but its inspection hardware can handle up to 3 gigabits of data.

The Gold Plus is something of a flagship device for Firewalla, being the most expensive and capable of its combined firewall and router devices yet.

With its four 2.5 gigabit Ethernet interfaces and 5 gigabits of inspection capabilities, it’s likely overkill for home users. The Purple — and maybe even the Blue Plus — would be more than capable for most homes. The Firewalla team, however, also argues that as home internet speeds increase beyond 1 gigabit per second, a 2.5 gigabit firewall and router may just be a good investment for the future.

My guess is that most of the buyers here will be small businesses, though. For them, the Gold Plus may just represent the right size for their needs (or the size they may soon grow into), before opting for more expensive and harder to manage enterprise devices.

”If a router can’t match the speed of an internet connection, users are leaving value and speed on the table,” said Jerry Chen, founder of Firewalla. ”Firewalla Gold Plus is perfect for the fast internet of the future and helps secure home networks and small businesses. We’re seeing many people upgrade their internet service and Firewalla Gold Plus can meet those speeds, future-proof their network architecture, and is compatible with WiFi 6E routers.”

When I tried Firewalla’s Purple router in the past, I was impressed by how easy it was to manage the basics of my home network without loosing the ability to dig very deep into the settings and customize every aspect of the network. In part, that’s why Firewalla has such a dedicated following, I think. It’s easy enough to get started but doesn’t hold you back when you want to go beyond the basics. That’s fun and useful for many home users but often essential for businesses.

The new Firewalla Gold Plus is now available for preorder (and its price will likely go up after the preorder phase). The devices will start shipping in January 2023, though if the company hits a certain number of preorders, it’ll be able to pull this date forward.