Smart lock startup Level has a new version of its lock available, and this one includes Apple Home Key out of the box. The new Level Lock+ is almost identical to its predecessor, the Level Lock Touch, in every other way — but the addition of Home Key takes what was already a super strong product and makes it a must-have for Apple smart home enthusiasts.

The Level Lock+ replaces your existing lock entirely, in a compact package that looks no different from a standard deadbolt to the casual observer. Its highlight feature is Apple Home Key support, which makes it part of only a very small number of locks on the market that can make that claim, and it’s sold exclusively in Apple Stores in the U.S. for now. The Level Lock+ also supports unlocking via Level’s mobile app and touch via capacitive sensors that use the metal of the lock itself, as well as proximity-based auto-lock and unlock options.

Level’s app also allows you to provision temporary mobile or physical keycard access to your Level Lock+, useful for situations like home vacation rentals and providing access to cleaners or pet-sitters. All this in a package that is indistinguishable from a traditional basic keyed deadbolt, in both Satin Nickel and Matte Black colorways, with a $329 price tag. The lock itself is powered by a single CR2 lithium battery you load into the deadbolt itself via a screw-down cap.

The Level Lock+’s key design attribute is that it doesn’t look like other smartlocks — no hulking frame or embedded keypad (you can buy a separate dedicated keypad accessory if that’s something you need, though). There isn’t even a logo on the Level Lock+, unless you count the one etched into the cap of the deadbolt itself. Basically everything about the lock says “nothing to see here,” or, at most, “tastefully understated.”

It’s also still a keyed lock, so you can use the included old-school keys to gain entry and lock the door should you ever need to, and there’s a classic turner paddle on the interior-facing side. But for me, the fact that this lock doesn’t advertise its smarts is one of its greatest selling features.

Level’s existing Lock Touch was already a favorite smart home accessory of mine, but my single complaint over long-term use was the touch features were a bit inconsistent in terms of reliability. Sometimes, it just would not recognize the touch and unlock upon returning to my house. This was rare enough that it was never a dealbreaker for me, especially because fallback Bluetooth and Wi-Fi connectivity meant I was never unable to gain entry.

Apple’s Home Key solves that entirely with a means of entry that, so far, works every single time, and that seems at least on par with using touch to unlock, if not even easier. Depending on which hand is full or holding my dog’s leash, I use my Apple Watch or my iPhone interchangeably and the NFC connection works flawlessly to both lock and unlock, with no preconditions required like those involved in activating touch locking or unlocking (you have to have departed a geofenced zone and returned for it to work properly). 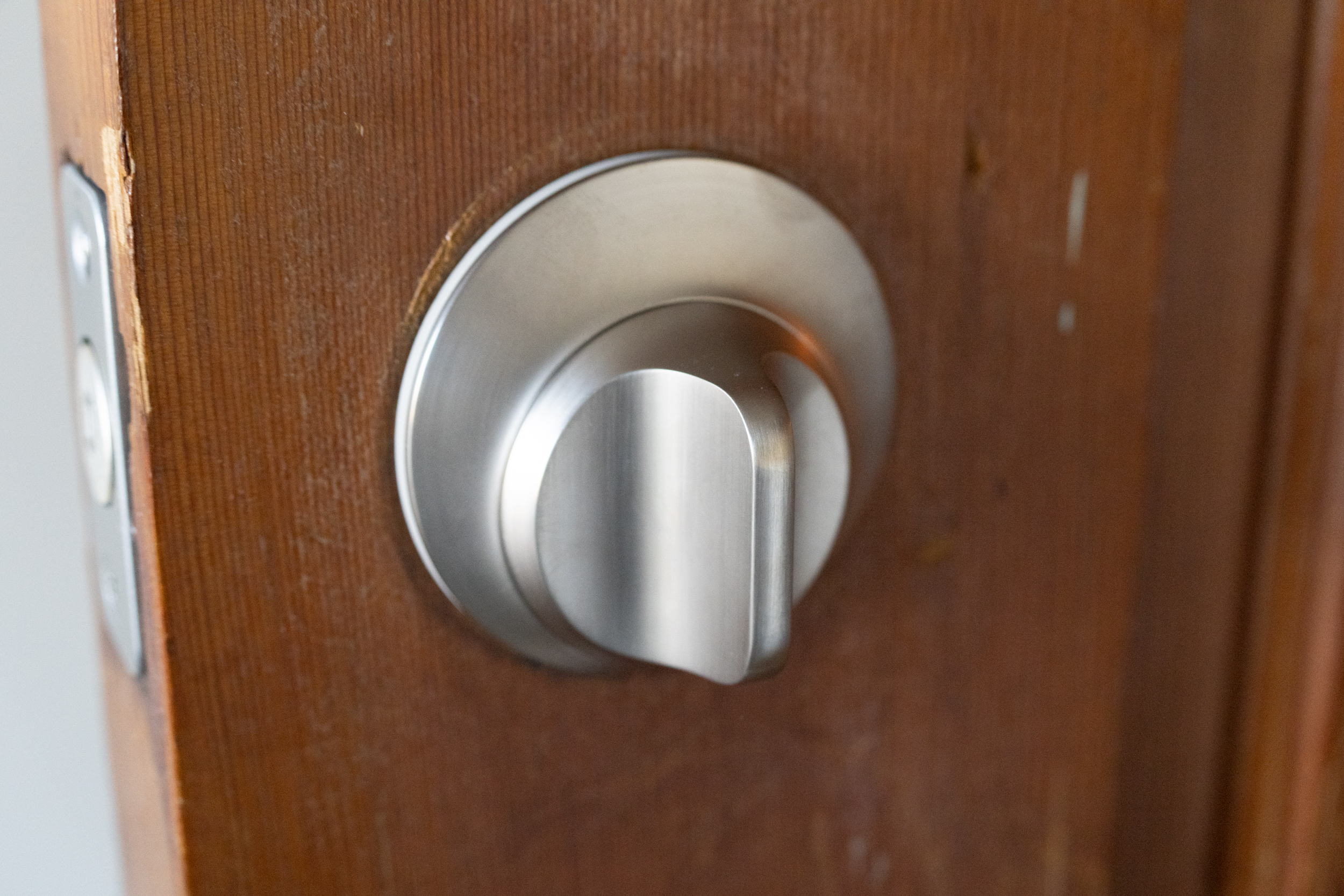 Level’s Lock+ still provides touch-to-lock and -unlock should you want to enable those, and they can work concurrently with Home Key. The auto-unlock and locking features are also great depending on your desired usage, and provisioning guest access is a terrific feature that comes in handy for a range of uses. But Home Key is what transforms the Level Lock from an extremely solid smart home gadget that is worthwhile if you’re willing to put up with a few quirks to something I can definitely recommend anyone with an iPhone pick up if they’re in the market for a smart lock.

I mentioned it above briefly but the market for Home Key-enabled locks has remained dismally small since Apple introduced the feature at WWDC 2021, and then actually rolled out Home Key in iOS 15. There’s the Schlage Encode Plus if you can find it, and the Aqara A100, which is huge and also hard to find. That puts the Level Lock+ in an excellent position, because it’s not only actually available to order via Apple (though with a 4-6 week shipping time as of this writing), but it’s also just a fantastic product, through and through.