Few consumer electronics categories matured as quickly as wireless earbuds. We went from the first good implementation of the technology to near ubiquity, seemingly overnight. Suddenly a good pair is cheap and they seem to be everywhere. It’s precisely for this reason that it’s become nearly impossible to distinguish yourself from the masses of companies operating in the space.

But Nura has had a secret weapon, from its earliest days, when its founder brought a massive prototype box of circuitry to the TechCrunch offices almost exactly six years ago this week. The company’s user-customizable sound profiles have remained a genuinely exciting feature that’s managed to set the company apart from the teeming throngs of headphone makers.

Today, the Australian-based startup is announcing the upcoming release of NuraTrue Pro. The headphones, which will first be made available as part of a Kickstarter campaign, are being positioned as the tier above the company’s existing NuraTrue buds. The two headphones are — for most intents and purposes — largely the same. The Pros effectively beef up some of the on-board features, including the ability to play back aptX Lossless audio, via the new Qualcomm Bluetooth chip, as well as improved adaptive noise canceling and spatial audio.

These features come at a significant premium — the Pros will run $329 (though you can get your hands on them for significantly less by pre-ordering via Kickstarter), a hefty markup from the standard NuraTrue’s $199 price point. That’s because of both the improved on-board hardware, as well as all sorts of external supply chain/chip shortage/inflation issues, which have conspired to significantly drive up the cost of new consumer hardware pretty much across the board.

I met with Nura CEO Luke Campbell when he was in New York a few weeks back, and have been using the NuraTrue Pros ever since. For the sake of this piece, I’ll largely be comparing them to Sony’s LinkBuds S, which I reviewed back in May. This is for two reasons: 1) They’re my current favorite earbuds, and 2) They’ve become my daily driver. 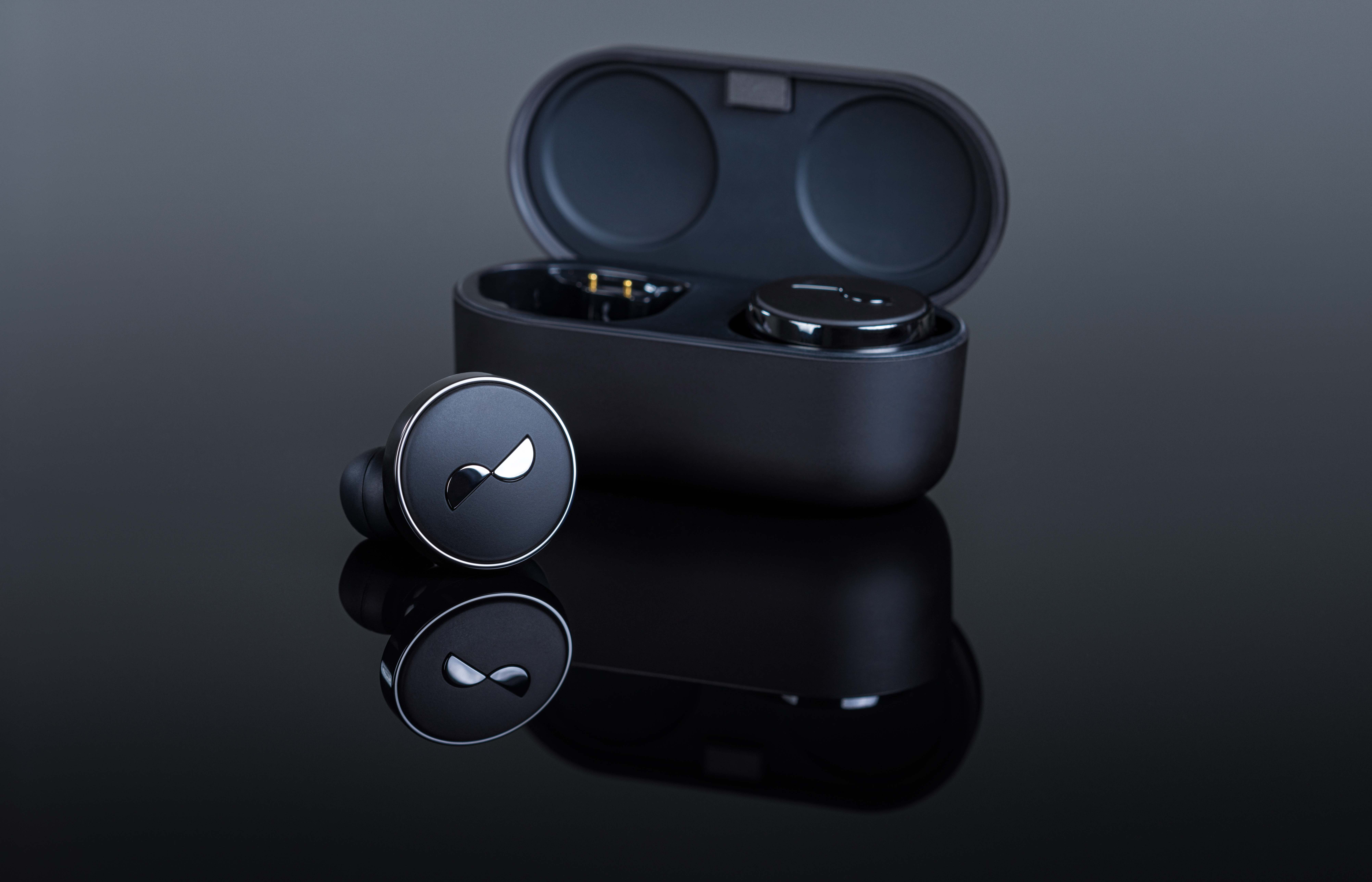 Size-wise, the buds couldn’t be more different. The compact, barely there design is a big part of the reason I’ve been using the LinkBuds (a huge change, mind, from the company’s massive M4 buds). The NuraTrue Pros, on the other hand, look identical to their older, cheaper sibling. That includes the large, round shields that sport the dual half-circle logo.

The shield design adds considerably to the buds’ overall footprint, but it gives the touch panel a lot of real estate. The lack of touch area is one of my bigger issues with the LinkBuds. The larger size, however, means they’re less ideal for things like exercise. I tried running with the Nura buds in my ears and wouldn’t recommend it.

One of the other knock-on effects of the design is that the case, too, is on the larger side, though it’s still small enough to carry around in your pockets with little issue. The case now features wireless charging, which is something the LinkBuds and several other companies still lack. Like the Sonys, the Pros are extremely comfortable.

They’re among the best fitting headphones I’ve tried out, even for marathon listening. And, as with their predecessors, they’re almost deceptively lightweight. Obviously, comfort is one of those objective things that varies dramatically from ear to ear, but I can fairly confidently recommend them for longer flights.The headphones utilize the standard Nura customization process, which you get for all of the company’s headphones, aside from the company’s hardware as a service NuraBuds. If you’ve not had the opportunity to try it out, I’ve always described it as feeling a bit like a hearing test, wherein the app blasts a variety of frequencies into your ear to develop a picture of your hearing. From there, the system adjusts its settings to your unique profile. 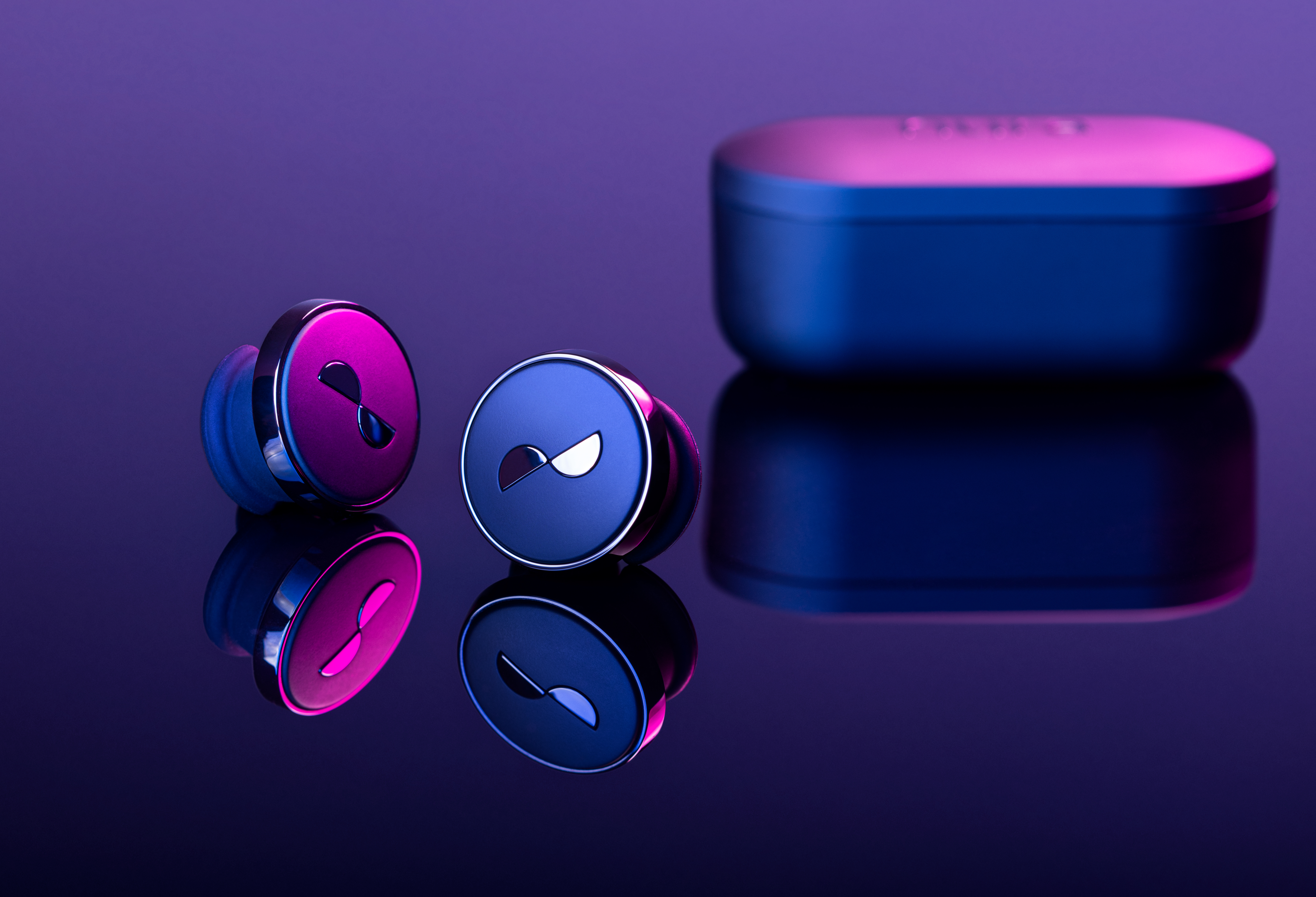 The result is always impressive. Music sounds fuller, instruments are better separated and you pick up things in familiar pieces of music that you’ve missed with subpar headphones. Nura’s developed something really special here that’s happily kept me following the company through its various hardware iterations. Pair that with the aforementioned Lossless audio (up to 96kHz / 24 bit) on compatible streaming services (i.e. not Spotify), and you’ve got a really excellent listening experience.

The active noise canceling has been improved, as well, now featuring an adaptive algorithm that adjusts based on ambient sound. It’s an improvement, though for my money, the LinkBuds have it beat handily on that front. Spatial audio is a nice addition, as well, though, honestly, its practicality is still extremely limited. Currently it feels more like futureproofing than anything. The buds offer eight hours of life and a total of 32 with the case factored in, which, again, should get you through most flights just fine. The call quality is solid, as well, courtesy of four on-board microphones and a clever bone conduction sensor.

Preorder begins today, via Kickstarter. If you get in early, you can get them for as low as $199. Otherwise, $329 is steep by almost any measure. The enhancements to sound, noise canceling and added features like wireless charging are all nice, but for the vast majority of people, not nearly enough to justify that $130 gulf.