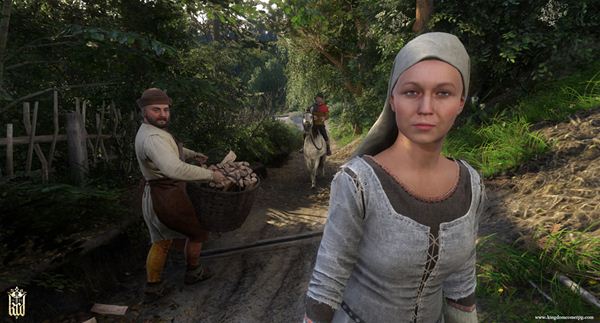 MINNEAPOLIS, MN, February 13, 2018 – Perforce Software, a provider of solutions to enterprise teams requiring productivity, visibility, and scale along the development lifecycle, today announced that Helix Core is the chosen versioning platform supporting the Agile-based development of Kingdom Come: Deliverance, the recently released medieval-themed RPG game from Czech-based Warhorse Studios. Helix Core has given the Warhorse team the flexibility and visibility needed for a development project that involved an extremely high volume of binary assets.

The game features a highly realistic world, with majestic castles and vast fields – all rendered in stunning high-end graphics. Helix Core streamlines the process of working with the game’s large digital files by feeding them into Warhorse Studios’ continuous integration pipeline, while simultaneously supporting the company’s Agile development approach.

“Helix Core made it possible to manage our large binary files,” said Martin Klìma, Executive Producer at Warhorse Studios and long-time advocate of Agile workflows and Continuous Delivery. “Before, when we were using Subversion, it was unwieldy, impossible even.”

Helix Core allows the studio to safeguard all the artefacts that come out of its nine TeamCity build servers – numbering some 1.5TB of files across 75 users – providing the team with a truly Agile framework where everything is transparent and traceable. Through integration with Python, Helix Core also gives Warhorse Studios robust disaster recovery backup.

The game was recently released in the Americas, Europe and all PAL regions for PlayStation 4, Xbox One and PC.

About Warhorse Studios and Kingdom Come: Deliverance
Warhorse Studios is a young independent game developer studio from the Czech Republic, Prague. It was founded by Daniel Vávra, creator of Mafia and Mafia 2, and Martin Klíma, formerly of ALTAR (Original War, UFO:* trilogy). The studio contains a mix of experienced game industry veterans, with dozens of games published and millions of copies sold, and young guns from all around the world.

In January 2014, Warhorse launched a Kickstarter campaign for a realistic medieval RPG game called Kingdom Come: Deliverance. It ended up being the third most successful project, according to the number of backers, in 2014. With an initial goal of £300,000, it finally gathered over £1.1M. Warhorse Studios was also named among the World‘s TOP10 Most Innovative Companies on Kickstarter of 2015 by Fast Company.

Kingdom Come: Deliverance is a story-driven open-world RPG that immerses the player in an epic adventure in the Holy Roman Empire. The player incarnates Henry, the son of a blacksmith, dragged by fate into a bloody conflict and shoves him into a raging civil war, where he helps fight for the future of Bohemia. Although yet to be commercially released, Kingdom Come: Deliverance received a ‘Best PC Game of the gamescom’ award from gamescom 2017 in Germany.

About Perforce
Enterprises across the globe rely on Perforce to build and deliver digital products faster and with higher quality. Perforce offers complete developer collaboration and agile project management tools to accelerate delivery cycles – from agile planning tools to requirements, issues and test management, which then link to all source code, binary assets and artifacts for full build and release tracking and visibility. The company’s version control solutions are well known for securely managing change across all digital content – source code, art files, video files, images, libraries – while supporting the developer and build tools your teams need to be productive, such as Git, Visual Studio, Jenkins, Adobe, Maya and many others. Perforce is trusted by the world’s most innovative brands, including NVIDIA, Pixar, Scania, Ubisoft, and VMware. The company has offices in Minneapolis, MN, Alameda, CA, Mason, OH, the United Kingdom, Finland, Sweden, Germany, and Australia, and sales partners around the globe. For more information, please visit www.perforce.com.