This autonomous ornithopter lands and perches on a single claw 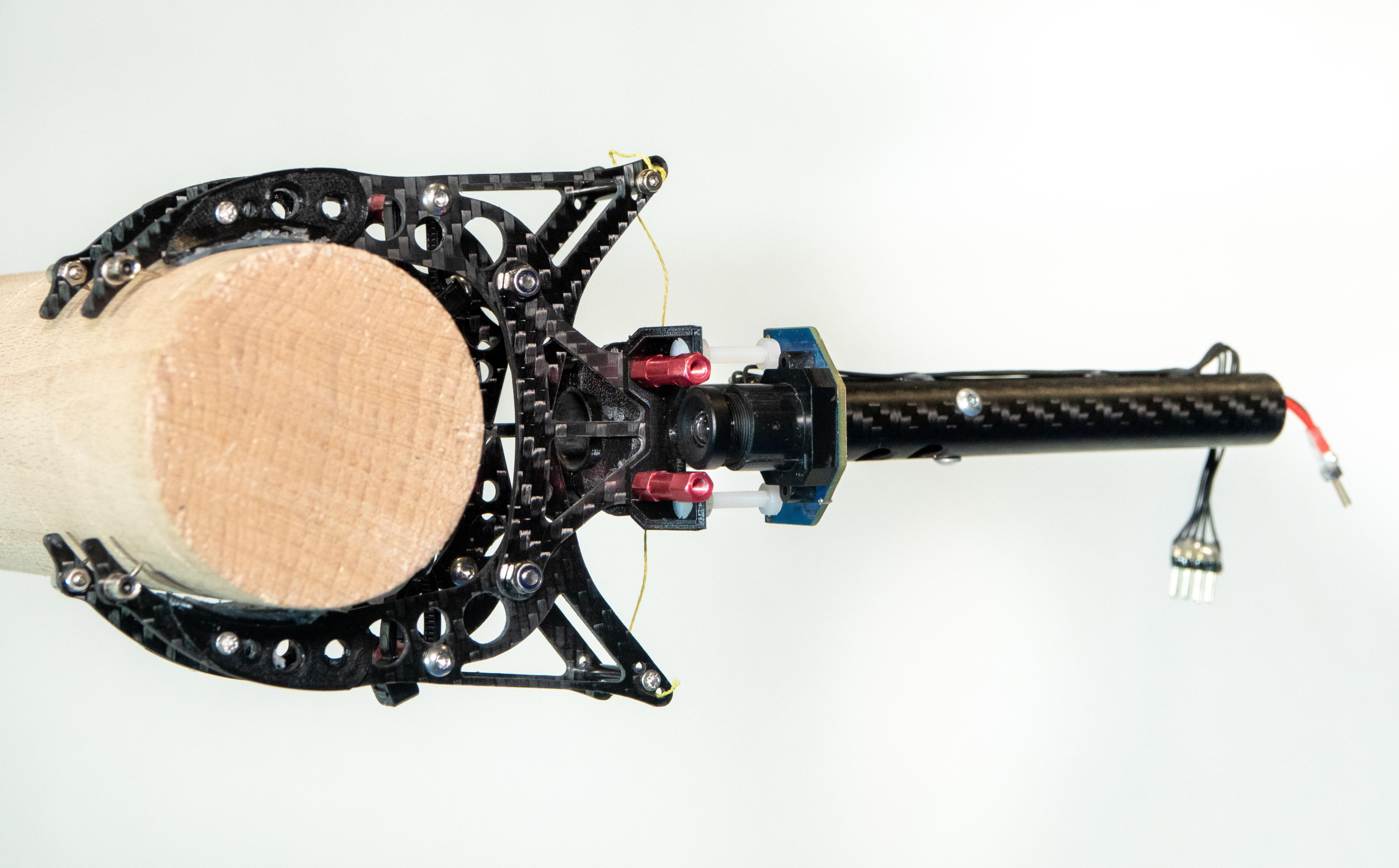 Isn’t it wonderful that there are researchers out there whose job is quite simply to make a robotic bird? That’s certainly the goal of this lab, whose flapping-wing drone, or ornithopter, has now been equipped with a grasping claw to let it take a rest on a nearby branch or perhaps even a finger — a capability that could make it a much more practical tool.

There’s a good reason flight evolved over time, making use of flapping wings — they’re a lot simpler for a bird or insect to grow than rotors or jets, for one thing. Elegance is a hallmark of nature’s designs, and winged creatures fly or glide with a minimum of energy and a great deal of grace.

It should be no surprise that scientists have been at pains to re-create winged flapping flight in robotic form for decades, though, like all biomimetics research, meeting with mixed success. But the École Polytechnique Fedérale de Lausanne — one of Switzerland’s famous technical universities — and the University of Seville are doing quite well.

The European multi-institutional GRIFFIN project, let us admit first, has the most far-fetched backronym I’ve ever encountered, and I’ve encountered a lot: General compliant aerial Robotic manipulation system Integrating Fixed and Flapping wings to INcrease range and safety. My goodness!

The winged flight bit of the project has been underway for years, with various successes noted on the project’s YouTube page and site. You can see it flapping around in this recent video.

But the problem for this method, as with much flight, is energy. Not enough power and you can’t fly for long — but too big a battery and you can’t fly at all! (Incidentally, it gives one a new respect for eagles carrying off livestock.) In the lab, a balance must be struck between size and capacity. But the recent addition of a grasping claw could help make that less of a concern.

The claw (just one, to save weight), like the rest of the ornithopter, needed to be strong but light, able to grasp perches of varying size and work in communication with the perceptive engine of the GRIFFIN. The one they designed synchronizes with the motion of the flapping, and its design, with a sort of silicone band as a first contact, grips softly yet firmly and without jarring the robot.

“Once an ornithopter can master landing autonomously on a tree branch, then it has the potential to carry out specific tasks, such as unobtrusively collecting biological samples or measurements from a tree. Eventually, it could even land on artificial structures, which could open up further areas of application,” said Raphael Zufferey, a postdoctoral fellow at EPFL currently working on GRIFFIN at Seville.

It’s not just that it can land on a branch and do something; it’s that it doesn’t have to go all the way back to the surface. If you’re using half your energy just to go from ground level to 10 meters up, that really limits what you can do. But if you can land on a branch, charge up a bit (why not have a little solar cell on there?), do some work like taking a picture or sample, then hop to another branch across the way and do the same thing…it starts to look less like a tech demo and a lot more like a capable robot bird.

Zufferey hopes to continue development along these lines; the gripper really opens things up for the project. But they’re not the only ones out there: hummingbird-inspired drones, dragonfly-inspired drones, even bee-inspired drones are being developed for different purposes and are at varying stages of readiness. Just don’t tell the “birds aren’t real” people about it.

Credit: This autonomous ornithopter lands and perches on a single claw